Crypto contradictions: how regulations are moving adoption in Brazil

The largest country in Latin America and 5th biggest in the world, Brazil has always been plagued by corruption and inefficiency. Crypto ecosystems may help - if only regulations will let it. 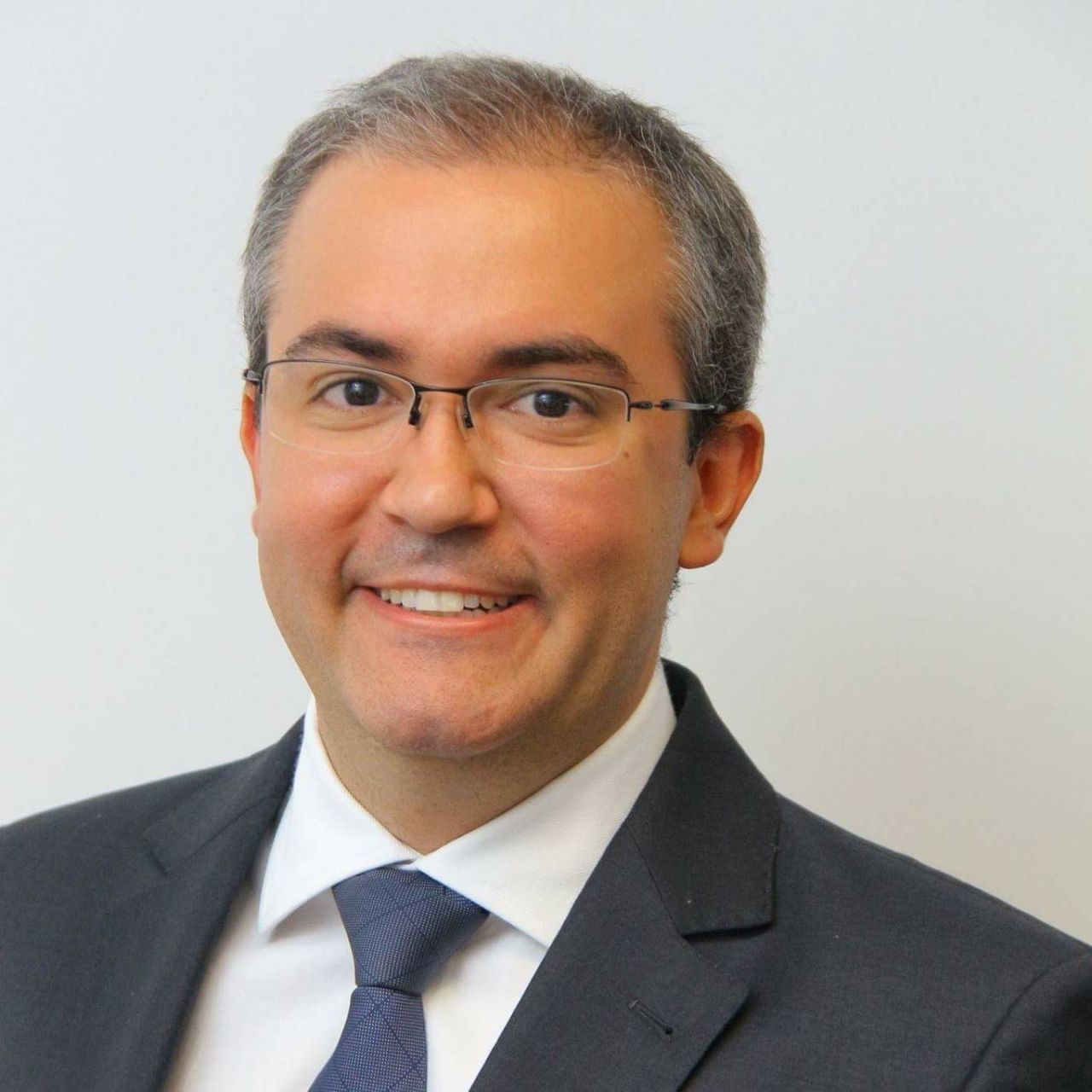 This is part of a series of stories on crypto regulation and worldwide adoption by the Cloudbet blog. To learn more, check out how regulations are shaping adoption in Africa, and the curious case of crypto in India.

Brazil is a land of contradictions, notorious for having a disgruntled, patchwork-style legislative framework - a trait that generates confusing, intertwined norms that in most cases lead to structural delay in innovation. In this context, the various administrative bodies that make up the national financial regulators finally began following the rest of the world in their mission towards the regulation of cryptocurrency usage. However, like most things in the country, this has been a path ridden with contradictions and uncertainty.

After bitcoin overcame the deep web and underworld currency-shilling, finally overcoming the borders of Silk Road and media sensationalism, the first Brazilian cryptocurrency exchange emerged in 2011, remaining in operation up to this day. Many others exchanges have popped up ever since, contributing to the dissemination not only of BTC and altcoin markets, but also of a whole budding crypto ecosystem.

After the 2016-2017 crypto markets boom, the government’s interest also peaked, spurring political and regulatory action in its wake.

Since then, Brazilian regulatory bodies have begun to take interest in this issue, not only because of the potential disruption to the current wealth distribution model, but also because of bitcoin's overvaluation in 2017. At the height of the mania, the number of people registered in crypto exchanges reached 1.5 million, representing more than double the number of individuals registered as traders on the stock exchange.

These huge numbers led to the holding, in September 2017, of a public hearing in the Brazilian Chamber of Deputies’ Special Committee on Virtual Currencies, in order to discuss crimes in the virtual currency market. That gathering was attended by representatives of the Federal Public Ministry and other entities concerned.

On that occasion the discussions involved the points of the law project n. 2.303/2015, which intends to frame the digital currencies in the Payment Arrangements law under the supervision of the Central Bank of Brazil, similar to the regulation of credit cards.

Apart from that, and although there are some drafts proposed by congressmen who dream of regulating it, there are currently no specific prohibition or regulation on the use of cryptocurrencies in the country. The only official position so far is an instruction by the Central Bank of Brazil, who warned citizens about the "risks of possible fraud or other improper business conduct, which may result in equity losses."

Nothing is certain but death and taxes, right?

In the Brazilian tax scene, that couldn’t be more true. Here, cryptocurrencies - because they are not officially recognised as currencies - are considered intangible assets with patrimonial value (much like any work of art). That doesn’t exactly offer a clear-cut status for crypto - that is, except for tax purposes. As a result, the Federal Revenue Service requires Brazilians to annually declare their crypto holdings in their income tax declaration.

If citizens, through buying and selling crypto, accrue capital gain in excess of R$ 35,000.00 (approximately € 8,100 as of the publishing of this article), then this must be stated in their Annual Adjustment Statement held every April - and of course, duly paid for.

In mid-2018, the Brazilian regulatory agency made headlines after they authorised Brazilian investment funds to make indirect investments in cryptocurrencies abroad, so long as these were lawfully admitted and regulated by the investment’s host country.

That shows there is a certain openness by the Brazilian regulatory bodies to the benefits of blockchain technology. This openness is even more conspicuous by looking at the development of the international blockchain consortium R3, which includes massive Brazilian financial institutions such as Banco Itaú. Such institutions are not known for being risk takers or going against regulatory trends.

The other side of certainty

But alas, Brazil is the land of contradictions, after all. If on the one hand the sky looks clear, on the other, gray clouds seem to be building up - and if taxes are always certain, all else is far from it.

In November 30, 2018, under the guise of preventing criminal actions involving money laundering, the Brazilian Federal Revenue Service (FRS) initiated a crackdown on cryptocurrency exchanges and brokers, publishing a rule mandating that such companies deliver a monthly report with all transactions in digital assets. The initial objective of such strategy was to cross-check exchange information with personal tax filings to seek and punish evaders, but one of the side effects is making it harder - and more expensive - for these businesses to operate.

Moreover elsewhere, in the field of regulatory issues for cryptocurrency exchanges and brokers, the Brazilian Securities Commission (CVM) has not only warned citizens against the consequences of money laundering, but also tightened oversight over companies that sell crypto assets as financial investments either as security tokens or as selling quotas, which is prohibited by the aforementioned body, and imposed severe fines.

The uncertainty of the current status brings about quite a few negative consequences, including the judicialisation of fines, wasteful - and repeated - investigations by the Public Ministry (both on national and local levels), and the unnecessary sensationalism that ensues by the negative media exposure. None of these usually lead towards a healthy landscape for innovation to thrive.

On top of that, part of the discussions have already been brought before the courts, motivated by incumbent financial institutions that seem like they are trying to stop the use of cryptocurrencies in Brazil.

As an example of a case, some of Brazil's largest banks have issued notices stating the unilateral closure of bank accounts held by major cryptocurrency exchanges, alleging risks and the impossibility of tracking money laundering offenses.

The affected exchanges have started a judicial battle against the measure, but were ultimately unsuccessful. A Brazilian court of appeals has ruled that banks have the freedom to discontinue the relationship with a person or company, as previously justified.

This is undoubtedly a reprehensible retaliation against a technology that, in a sense, is beginning to drain an increasingly larger share of resources from the incumbents. A potential consequence of driving legitimate players off the market is that crypto may be driven to the informal economy.

What does the future hold?

It is a consensus among scholars, enthusiasts and even most government agencies and institutions that the use of cryptocurrencies is already transforming - and disrupting - the financial market.

If the past is any indicator, in terms of speed of regulatory matters involving this open and global technology, a comprehensive body of legislation in Brazil may take quite some time. Drawing a parallel between the arrival of the Internet in Brazil, in 1995, and its regulation through the so-called "Civil Internet Framework" in 2014, 19 long years had to go by until national legislators could be bothered to do it.

Making cars illegal would never return horses to the street of Rio de Janeiro; it would only mean people would take a lot longer to move around.

If this technology represents - as many seem to believe - a new layer over the internet as well as a new “global computer”, then any attempts at regulating it should be based more on common and universal principles among nations than on local technicalities.

In this sense, in Brazil, there is hardly any regulatory understanding at all. So far, the only points addressed by officials were the more obvious effects of cryptocurrency usage (as has been done by the FRS), whose strategies rest - quite justifiably - on the side of caution. But the clock is ticking, and being overly cautious - or too prone to "deferences" to incumbent financial institutions - may backfire.

In the long run, this approach is simply not appropriate to reap all the potential from this technology, and the country may be left behind. Making cars illegal would never return horses to the street of Rio de Janeiro; it would only mean people would take a lot longer to move around.

More In the Cloud

Blockchain Use Cases: How The Technology Is Taking Over The World