"It's me, Kyle Broflovski. I had a negroplasty, can I play on the All State Team now?" #MarchMadness #Basketball http://t.co/KGd9uwisFp 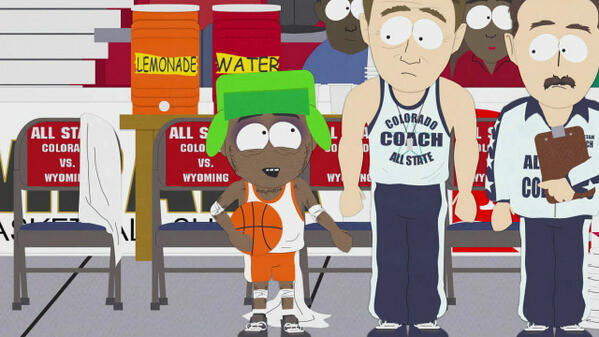 What is March Madness?

March Madness 2021 has not been cancelled. The NCAA college basketball tournament starts on March 18, when the First Four matches decide the teams that will fill the March Madness bracket.

What is the March Madness schedule?

Where is March Madness being played this year?

The 2021 NCAA tournament will be hosted in Indiana, with 68 college basketball teams playing at bubble-approved venues located in a number of stadiums across Indianapolis, West Lafayette and Bloomington.

Who are the favourites to win March Madness?

According to Cloudbet's March Madness odds at the time of writing, Gonzaga is favourite to win the tournament, followed by Illinois, Baylor and Michigan - each team being seeded No1 in their respective region.

What are the March Madness bitcoin betting odds?

The best bitcoin betting odds on the NCAA tournament can be found here.

Open a Cloudbet account and make a deposit, and Cloudbet’s Welcome Bonus will match your deposit 100%, up to a massive 5BTC. Cloudebt’s leading crypto sportsbook and casino also supports Ethereum (ETH) betting, as well as a wide range of other cryptocurrencies, including BCH, LINK, PAX, PAXG, USDT, USDC and DAI.

Welcome to Cloudbet. Join today and get up to 5 BTC bonus!