The Champions League returns mid-February, with the knock-out stage. This is when the competition gets really interesting and tricky, so we've picked through the form to find the best angle. 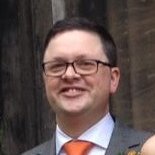 Statistics correct as at 7th February 2020.

Going into the round of 16, Liverpool are the 4.50 favourites to go all the way and defend their title. As they’ve never lost a two legged European tie in Jürgen Klopp’s time of the club, and are now World Champions and Premier League champions elect, it’s no wonder.

The Reds’ rivals at the top of the league are second in the outright betting. Manchester City are available at 5.20, ahead of Barcelona (6.00), Bayern Munich, Paris Saint-Germain (both 8.00) and Juventus (10.00).

Real Madrid are next in line, at 14.0. Considering they are top of La Liga, and are managed once again by Zinedine Zidane – who steered them to European glory for three consecutive years between 2016 and 2018 – they could prove to be the value outright bet at this point.

But then they have been drawn against Manchester City in the last 16, and aren’t even favourites to progress from their tie. Let’s take a look at the eight match-ups and see what’s in store.

Round of 16: From most one sided to closest

One of the final two ties to get underway is the one which the odds imply is the most one-sided. Lyon host Juventus on 26th February, and are priced at 6.60 to make it through to the quarter-finals, with the Italian giants just 1.13.

This gives Maurizio Sarri’s side an implied probability of 85% to reach the next stage. As they are top of Serie A – as usual – while Lyon are only sixth in Ligue 1, it’s easy to see why. The Old Lady of Turin has reached the last eight in four of the last five seasons, and it would be a serious upset if they failed to this season.

Next on the most uneven list is Napoli vs. Barcelona, with the Catalan club’s odds of 1.22 giving them a 77% chance of winning the tie. The domestic form of the two teams would make this a foregone conclusion, with Napoli barely in the top half of Serie A while Barca are second in La Liga. For teams with at least three appearances from 2003/04 onward, the Spanish side have the best conversion rate of going from this round to the quarter-finals,

However, the men from Naples had the stronger underlying statistics in the group stage, albeit from a less testing group. They recently beat Juventus too, and if Barcelona are still haunted by their capitulation at Anfield last season, Napoli may have a chance.

Cloudbet don’t believe Chelsea do though, as their 3.57 odds of knocking out Bayern Munich equate to a 27% probability. Only four teams in the Premier League have kept fewer clean sheets than the Blues this season, while the German champions memorably scored seven on their previous visit to London.

Bayern also had the best expected goal difference of all 32 teams in the Group Stage, so Chelsea having the fourth best doesn’t carry as much weight in this tie as it would in most others. Frank Lampard had his best night as a player at the Allianz Arena, and it will be the finest evening of his fledgling managerial career if his young side can knock Bayern Munich out on 18th March. But it seems unlikely.

Considering their financial might, it’s remarkable Paris Saint-Germain haven’t made it past the quarter-finals in recent times. Indeed they’ve been knocked out at this stage in the past three seasons, though their odds of 1.40 to send Dortmund packing suggest they should get through.

Since reaching the final in 2013, BVB have only won two knock-out ties in the Champions League. While PSG seem to find new and more amazing ways to exit the competition each year, it won’t be at this hurdle.

Since 2004, no side who has played at least five knock-out away games at this level has a higher proportion of wins than Liverpool.

The final side with a better than two-thirds chance of going through are Liverpool, who are 1.37 to get past Atletico Madrid (who are 3.32 to knock the Reds out). The first leg should be a fascinating encounter. Atleti are unbeaten in their 12 home knock-out matches under Diego Simeone, and they’ve conceded just two goals in those games.

But since 2004, no side who has played at least five knock-out away games at this level has a higher proportion of wins than Liverpool. Atleti’s underlying La Liga numbers have been stronger than their results, but Liverpool should have too much trouble.

We have one more match up with a clear favourite, and it should be the tie of the round: Real Madrid (2.54 to qualify) against Manchester City (1.57). This definitely feels like one battle which could have an upset, though would it be that surprising if the team who is leading La Liga and have won three of the last four Champions Leagues triumphs?

Although perceived wisdom suggests playing at home in the second leg is better – and teams which have done so have got through 62% of the time since 2003/04 – City are a side where hosting them first may be an advantage. The Citizens have won just three knock-out matches on the road in the Champions League, and Dynamo Kiev, Basel and Schalke are not at Real’s level.

This leaves us with two fairly evenly matched ties, which both happen to kick off on 19th February. Atalanta (1.98 to get through) host Valencia (1.91). This is a match-up between two of the outsiders to go all the way – only Lyon have a longer price than these teams, who are both 76.0 – but one will obviously reach the last eight.

After 22 matches, they have very similar points in their respective leagues (39 and 37). However, Valencia had the worst expected goal difference of the teams who qualified for this stage, and worse than four clubs who are already out. As Atalanta have lost just one league game on the road this season, they can get something in Spain and reach the quarter-finals.

Which just leaves us with Tottenham (1.97 to qualify) versus RB Leipzig (1.91), the hardest tie to call in Cloudbet’s opinion. The Champions League knock-out phase is uncharted territory for the German side, while Spurs reached the final in dramatic style last season. Jose Mourinho hasn’t managed a team past this stage for five seasons, but has plenty of experience where Leipzig don’t.

What Leipzig do have though is the best away record in the 2019/20 Bundesliga, and they only lost one of their group stage games too. If fans in England are underestimating them, they shouldn’t.

Latest UCL Odds
About the Author