The San Francisco 49ers and the Kansas City Chiefs face off in Super Bowl LIV on Sunday in one of the most hotly-anticipated matchups of all time. See the latest odds at Cloudbet, tips for the game and opportunities to bet on the Super Bowl with bitcoin. 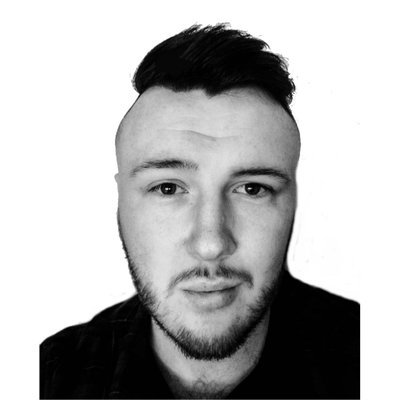 There are many reasons why Super Bowl LIV is so fascinating, but the primary source of excitement comes from the fact that these two head coaches are the best in the business. Kyle Shanahan comes into this matchup with a redemption story, as does Andy Reid. One of these men will get the closure they’ve been craving for years, while the other will reinforce the clichés associated with them.

While acting as the offensive coordinator of the Atlanta Falcons under Dan Quinn, Kyle Shanahan went conservative in the 2017 Super Bowl and blew the biggest lead in the history of the grand finale. The New England Patriots came out of half-time trailing by four possessions and turned around one of the biggest in-play upsets of all-time.

Andy Reid, on the other hand, has perennially been considered one of the best coaches in the sport, but he’s not got a Super Bowl ring to show for it.

Something has to give – and hopefully the end result is profitable. Here are the markets you need to exploit to make sure Super Bowl LIV is earning you some cash.

Here’s why the Niners win the Super Bowl: they’re more intelligent on defence.

Both Kansas City and San Francisco depend on play-action, play-fakes, misdirection and capitalising on man coverage.

The Niners are more intelligent on every level of the field – and they have the rangy linebackers underneath to deal with Kelce and and the running back corps when Hardman and Hill stretch the field.

The same gameplan can be considered for the Niners, but the issue here is – Kansas City will have to respect the run more. If they play off the line of scrimmage, Shanahan will eat them alive on the ground.

If they play too far back, the Niners’ screen game is the best in the NFL. Pick your poison.

But the most significant fact of the game is this: the Niners ran the ball all day against the Packers. They’ve hidden all of their passing plays and Andy Reid can’t study their formations if they never lined up in them to begin with.

The reason for this is simple: I expect the coin toss to produce the same result, regardless of the winner.

Kansas City will elect to receive to avoid having Patrick Mahomes chase yet another deficit and Kyle Shanahan will kick because he trusts his defence enough to allow them to run the ball when the Chiefs go three-and-out.

Even if they get a field goal, they’ll likely stretch the field later in the game and try to establish the run early to set up play-action. If they do this, it’s going to be a long drive – and given how slow the Niners play, a 3-0 end of quarter scoreline would not surprise me whatsoever.

Given how slow the Niners play, a 3-0 end of quarter scoreline would not surprise me whatsoever.

If they’re to win this matchup, Kansas are going to have to run the ball. If they do that, this game will fly by them.

With both teams embracing the run, it means the clock will be chewed significantly and there’ll be far less points in this game than most would anticipate.

Given that I have the Niners winning here, it makes sense to back the unders with the favourites here. Pat Mahomes will be stumped.

Cloudbet is the no.1 destination for betting on the Super Bowl with bitcoin and here's why:

We've cut the margin on our Super Bowl odds right to the bone, currently offering the Spread at 1.5%. If you aren't familiar with margins read this article. They are the only way to understand the value odds offer:

Though getting the best value odds for the Super Bowl is really important, it is only half the battle. Great odds are no good if you cannot bet to the limits you want. Cloudbet understand this, and because of the freedoms that being a bitcoin operator affords us we are able to offer maximum betting limits way beyond what is available from traditional fiat bookmakers. The current Super Bowl max bet is 11 BTC but that will rise much higher as we get closer to the game.

Don't worry if you only want to place small bets, Cloudbet also cater to the other end of the limits spectrum accepting bets for as little as 10 Sats.

If there is one thing we all love about the Super Bowl it's choosing from weird and wonderful props, whether it's the coin-toss or the odds of a Safety, and Cloudbet have made sure that we offer the biggest range of Super Bowl props available for bitcoin betting anywhere online. We'll keep adding more as we get closer to the game so if you can't find what you need make sure you check back. Here is our choice of interesting Super Bowl props: