With the Australian Open just a few days away, our tennis expert, Dan Weston, has analysed Grand Slam data to unearth some value trends which bettors can use to take advantage of unbeatable odds on offer at Cloudbet. 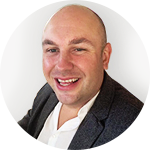 Court Speed - What' In A Number?

The first area I wanted to look at with regards to the upcoming Australian Open is court speed, and the metrics that I generally use for this purpose are service points won percentages, and the aces per game count.

Television feeds often use a court pace index measure which take into account some intangible factors and, presumably, an unknown, weighting, but the drawbacks of such a measure include the inability to translate this to understanding how court speed is likely to impact the actual outcome of points or games.

Both service points won percentages and aces per game figures do achieve this to a greater extent, and therefore it is my preferred measure for a venue’s general court speed. The two tables below indicate the counts for the above metrics for the four Grand Slam tournaments between 2017 and 2019.

Here we can see that for both the men’s and women’s competitions, the Australian Open has the second highest service points won percentage across the four Grand Slam tournaments. With Wimbledon being played on grass - the quickest surface on tour - and the French Open on clay (the slowest surface on tour) it can be seen that of the two hard court Slams, the Australian Open is likely to play quicker than the US Open based on the service points won percentages. This was also borne out by the aces per game count, which had more aces per game at the Australian Open than the US Open as well.

It also would appear that there is a slight relationship between court speed and tiebreaks per match, particularly in the men’s event, with Wimbledon and the Australian Open having a higher tie-break per match count:

With the women’s event, the US Open had a higher tie-breaks per match count than the Australian Open, but this isn’t necessarily a noteworthy factor given that the US Open has a final set tie-break rule:

So, as we can see from the figures above, we should expect servers to be relatively dominant at the upcoming Australian Open, compared to all other Grand Slams with the exception of Wimbledon. This will give a slight propensity towards more tie-breaks, and by definition, slightly tighter sets with fewer break points and would imply higher game totals.

Interestingly, the two Grand Slams with generally the hottest temperatures played in had more retirements (particularly in the men’s event), and also the lowest count of straight-set wins in the first round, from 2017-2019.

With the added problems of air-quality from the bush-fires retirements could have a much bigger part to play than previously.

While temperatures are forecast to be a little lower next week in Melbourne compared to previous years, it’s also worth mentioning the effects that the bushfires in Australia have had on players in qualifying. Several have had breathing difficulties, with Dalila Jakupovic forced to retire from her qualifier with Stefanie Voegele with the scoreline relatively level. Should the poor air quality continue in the coming weeks, it wouldn’t be a surprise if there were a plethora of retirements, particularly in the longer best of five set matches in the men’s tournament.

Finally, on a different note, it is interesting to note that the US Open had a wider variety of finalists from 2010-2019 compared to the other tournaments, as well as a slightly lower favourite win percentage in quarter-finals in general

It’s probably not a huge surprise to see that there have been fewer winning players and finalists in the men’s tournaments, compared to the women’s events. Men’s Grand Slam events have typically been dominated by Novak Djokovic, Roger Federer and Rafa Nadal, while women’s events have generally been more open and competitive tournaments. This phenomenon also influences the win percentage in matches from the quarter-finals onwards.

Favourites have had a much higher win percentage at the business end of men’s Grand Slam tournaments, but again this is logical - the sheer dominance of the elite trio have ensured that a lot of the favourites in men’s Grand Slams started their matches as very strong favourites. However, across the last three years, it’s worth pointing out that favourites haven’t performed particularly well in the latter stages of the women’s Australian Open, so it will be interesting to see whether this trend continues in the upcoming event.

Why not combine this great insight with the best odds online for the Australian Open, giving you bigger returns? Cloudbet's Smash and Grab promotion guarantees the best odds every day for the opening match on the Rod Laver Arena. Find out how the promo works.

tennisaustralian open
About the Author