UFC 240 Preview: Could This Be The Night of Comebacks?

Discover our guest author’s top UFC bitcoin betting tips ahead of the competition’s next thrilling instalment in Canada. 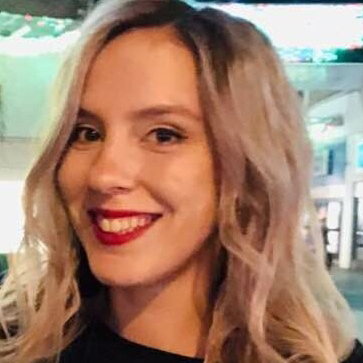 The fans are finally getting what they’ve been waiting for this weekend as Max Holloway returns to the cage to face Frankie Edgar in Canada. Cris Cyborg also returns after her defeat at the hands of the now reigning Bantamweight and Featherweight champion Amanda Nunes, to face rising star Felicia Spencer.

Tensions are sure to be running high during this much anticipated UFC card, which promises the long-awaited shot at redemption for big names in both the men’s and women’s divisions of the competition.

Max “Blessed” Holloway will return to the cage to defend his Featherweight championship belt against Frankie “The Answer” Edgar this Sunday in Canada.

This follows Holloway’s risky move up to Lightweight to face former foe Dustin Poirier in April (UFC 236). Although he was defeated by Poirier for the second time, this was a completely different fight and proved just how far Holloway has progressed.

Instead of bowing out via triangle armbar as in the very first match-up, Holloway instead went the distance and (although unanimous) only lost via decision. He can take positives away from that battle and now returns to Featherweight where he reigns supreme, in the match up he’s been waiting for.

After two failed bookings, where each of the fighters had to pull out due to injury, the much anticipated fight with Edgar is finally happening. And the former Lightweight champion will be attempting to achieve what Holloway has failed to do: gain a title in two weight divisions.

The two warriors have a similar amount of experience, but Holloway does hold a clear physical advantage, being 10 years younger, a substantial 5 inches taller, with a 1 inch greater reach.

Despite his recent loss, Holloway was on a 13-fight winning streak prior to the rematch against Poirier. No one can deny how much he has evolved as a fighter within the Featherweight division. He has only suffered 4 losses against 20 victories, 10 of which were via knockout. He is known as the knockout king of his weight class with good reason.

With a background in Muay Thai and kickboxing, it’s not surprising that Holloway is an expert in both creative and powerful strikes. He maintains great accuracy and timing, making good use of his reach, and is a dynamic and effective counterpuncher who knows how to accurately land his weaving strikes whilst his opponents attempt to offensively land their own. He will be hungry to come back from his Lightweight loss and to prove himself once again.

Edgar’s finishing record may not be as high as Holloway’s, with only 12 victories via decision, however he certainly does not lack finishing power. And compared to Holloway, he has a far more balanced style, as shown by his record of 4 submission wins and 7 by knockout.

He has a strong background in wrestling, having competed in Nationals at both High School and Collegiate level. It’s therefore not surprising that he has a balanced skillset, having later become focused on Brazilian Jiu Jitsu (BJJ) as part of the Gracie system under Ricardo Almeida.

Edgar’s flawless wrestling technique and confidence is evident in the majority of his fights, where his powerful suplexes, double legs and trips appear effortless. His strikes are also no joke, featuring punches that are persistent and well-placed. Though he does appear to favour his hands over his kicks, he still uses them well, utilizing back kicks, head and leg kicks within his combinations.

It’s clear however that in many of Edgar’s decision wins, his wrestling and grappling prowess is what gives him the edge when dominating his opponents. Despite this, knockout fights such as that against Chad Mendes also demonstrate that he still has the ability to land a clean and well-timed knockout punch.

We have two strong contenders for the title here with very different styles. Holloway will tower over Edgar in this fight and will have to be careful of his opponent’s wrestling skills, but we believe that he will be expecting this, and that he will likely use his reach and maneuverability to out-strike Edgar and take the victory.

The co-main for this card is also set to excite as Cristiane Justino, professionally known as “Cris Cyborg”, is set to face Canadian Felicia “Feenom” Spencer. Cyborg is by far the more experienced fighter with 20 wins to Spencer’s 7, but in those fewer fights Spencer has proved herself worthy of this contest.

Cyborg has one of the longest careers in women’s MMA, spanning 14 years. Of her 22 fights she has only suffered 2 losses, during her first ever and then most recent fight. The majority of her victories have been via knockout and this is certainly something she is feared for.

It comes as no surprise that she was the former UFC, Strikeforce and Invicta FC World Featherweight Champion, but surprisingly she did not come from a Martial Arts background herself. Cyborg was in fact a Brazilian National Handball Team champion before she was discovered by Rudimar Fedrigo (a Shute Box Academy Trainer), which accounts for the almost unparalleled power in her hands as she has been conditioned to put her whole body into the force of her shots.

Despite her lesser experience, Spencer - the current Invicta FC Featherweight champion - does not lack credibility. She has a deep-rooted background in MMA, having begun Tae Kwon Do at the age of 4, BJJ at 12 (in which she now holds a black belt) and Kickboxing at 17 before later transitioning into MMA. She therefore has specialist knowledge in a number of disciplines which would certainly help her in adapting to her opponents.

Spencer appears to be more calm and persistent in her style as opposed to explosive but still manages to land her strikes unconventionally. Unlike Cyborg, she is more specialized in submission finishes than knockouts, with a majority 4 submission victories, all by rear-naked choke in her professional career. It makes sense considering her areas of expertise.

This could be Spencer’s chance to prove that she deserves to be in the Octagon and is ready to make her mark. Nunes proved that Cyborg is in fact human, not part machine, and that she can be defeated. And although Spencer has long standing and varied knowledge of Martial Arts disciplines and is an unconventional opponent for Cyborg, we believe that she does not possess the power needed to come out on top. Instead, we think it’s likely that that Cyborg will dominate Spencer and claim her comeback victory.

Compared to many other male fighters on the card, Geoff Neal and Niko Price are relatively fresh to the fight game with Neal holding 11 victories, Price holding 13 and both with only 2 losses to their names. The two mixed martial artists are of similar age, Price is an inch taller with a slightly longer reach but overall, they are a close match physically.

Neal has a 6 knockout victories to his name. He is known for his hands, hence the stage name “Handz of Steel”, with most of his knockout victories coming from his punches. However he also recently achieved an impressive head-kick knockout against Frank Camacho. as well as his first submission win since 2013 via rear-naked choke on Brian Camozzi. He is coming into this fight off the back of a 5 fight winning streak and is clearly on the rise.

Price is a very similar fighter to Neal in terms of his specialisms. He has a record of 9 knockout victories and holds 3 submission wins. He’s shown far more variability in his submissions, from brabo choke to armbar and rear-naked choke. His knockouts have also been mainly punches but his recent record is far more scattered with 3 wins and 2 losses in the past two years.

The two fighters have similar strengths and weaknesses, with similar experiences too. However, Neal has been far more consistent both in his recent victories and progression, and so therefore we believe that he will manage to defeat Price this weekend.

Aubin-Mercier is overwhelmingly a submissions specialist with 8 victories via submission. It’s unsurprising considering he has trained all his life and has a black belt in Judo (the inspiration of modern BJJ). Not only was two-time junior national champion and 3 time senior national medalist, but he also competed for the adult national judo team. After 2 losses via decision, this is his chance to utilise his skills and return to the Octagon fighting.

Tsarukyan has a far more balanced record with 5 knockout wins and 5 via submission. He’s proved he can strike and grapple, and clearly displays technique and talent from across the board despite only holding 4 years of professional MMA experience.

He landed an impressive spinning back kick and punches victory against Haotian Wu, has secured many wins by rear-naked choke, and, although he lost it during his most recent loss to Islam Makhachev on UFC Fight Night 149, he was on a hugely impresive 12 fight winning streak.

Both fighters want to make a comeback. Both have great skill and proven finishing power. We believe however that Tsarukyan’s physical advantages and more balanced skillset will likely allow him to adapt well to Aubin-Mercier and secure the victory.