Enjoy Our Most Loved Bitcoin Slots Series At The Cloudbet Casino

Forget Indiana Jones, Lara Croft or the guy from The Mummy franchise. Mr. Rich Wilde is the undisputed king of adventure, at least in the world of online slots that is. Created by gaming titans Play’n Go, this rough and tough gentleman is the protagonist you will come to love.

Four games have been released so far, with the first of this famous franchise coming out way back in 2012. Don’t let that deter you though, for Play’n Go’s ability to design games with stunning graphics and seamless integrations mean you’ll have no problem with the earlier games.

But it’s the later ones that will truly blow your mind. From the South American jungles to the sands of Egypt, nothing can stop Rich Wilde on his search for prized scatters and precious wilds. So buckle up and hop on board as we join the stellar adventurer on his quest to uncover the world’s hidden treasures... 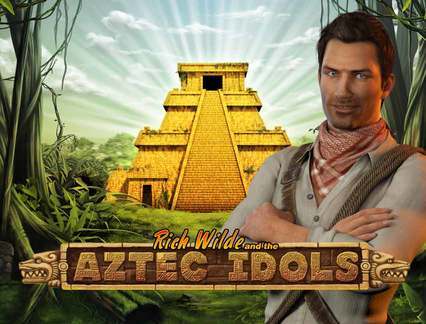 First in this series is 5x3 reel slot that takes you through the wild South American jungle on the hunt for Aztec treasures. Along the way you’ll really get to see Rich in action as he helps you traverse the dangerous deities of the ancient empire, in the hope of securing a phenomenal win.

As with all the games in this series, Mr. Wilde is the wild, and if you line up 5 in a row you’ll be walking away with a massive 5,000 coins. But activate the bonus round by getting 3 golden temples in a row, and you could find yourself with a payout of up to 150x your original bet!

Aztec Idols is the best possible start to what is a fantastic series of games that will have players immersed in a world of mystery and fun. It may be the first in the Rich Wilde series but this slot still holds the trophy for the biggest potential win at a whopping €1,704,400. Are you ready for the adventure to begin? 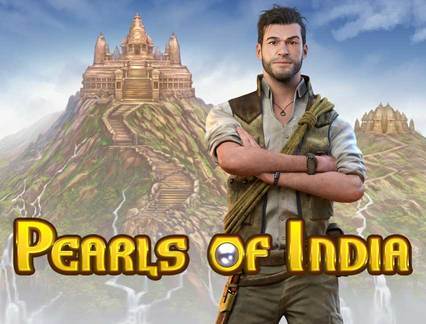 The sequel to Aztec Idols takes you on another trip with the courageous explorer through the heart of India, in search of, you guessed it - pearls. Built in a 5x3 formation with 20 possible paylines, you’ll be tasked with collecting 25 symbols throughout your journey in order to unlock the 250x Golden Temple bonus.

Sounds daunting? Fear not, for Rich himself will give you a helping-hand by sending some scattered pearls your way; get three or more and you’ll trigger 10 free spins. And don’t forget to pick up the scattered artefacts throughout your travels too! Golden hands pay up to 120x, with the biggest multiplier (statue of Vishnu) paying a monolithic 750x your stake.

Be inspired by the bravery of Mr. Wilde and take a leap of faith in the optional gamble round. Guess the right suit or colour and you can multiply your winnings yet again! With a maximum exposure of €1,000,000, it is no doubt that following Rich on this Wilde journey will be well worth the risk! 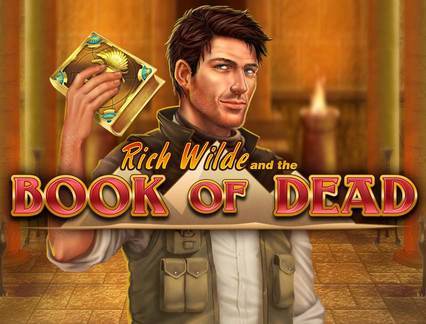 Now we know there are a lot of Egyptian-themed slots available online, but as far as originality goes, this one is up there. Regularly topping the list of Cloudbet’s most popular bitcoin betting slots, the Book of Dead is clearly a fan favourite (and ours too!).

This slot comes with a 5x3 reel structure and 10 possible paylines. The moment you enter the game you’ll be transported back in time to Ancient Egypt and immersed within a temple setting. The book itself acts as both the wild and scatter in this game; line up 3 or more and you’ll get yourself some valuable free spins.

Better yet, line up 5 of the high value Rich Wilde symbols and you can get up to 5,000x your stake. We recently had one lucky player hit a 596x multiplier on a 2.5 mBTC spin, leaving him with an eye-watering 1.49 BTC payout - talk about finding hidden treasures!

The latest instalment of the Rich Wilde series is arguably Play’n Go’s most enthralling yet. Set in the shared fictional universe, as imagined by famed American writer H.P. Lovecraft, Tome of Madness follows Mr. Wilde as he sets off on an epic journey to uncover the secrets intertwined in the murky Cult of Cthulhu.

Built as a 5x5 cascading grid slot, players must match a minimum of 4 symbols to hit a win. There are multiple wilds to look out for in this game including the Tome of Madness itself and of course, Rich.

For every win of the spin you will contribute towards boosting your charge portal. When the portal is fully charged it will trigger various in-game bonus features that’ll truly boost your bitcoin!

But what you really want to do is use the portal to open the inter-dimensional gate and trigger the free Other World round. Match 42 winning symbols and you'll do just that. Aside from the multiple portal effects and greater chances of banking more wins, the Other World gives players the chance to experience the Mega Wild. We’ll let you see for yourself why it’s called that.

Sounds fun? Now that you’ve read the journey so far, maybe it’s time you follow in Rich Wilde’s footsteps and unearth your Bitcoin fortune in the Cloudbet casino!

casinobitcoin gambling
About the Author

Cloudbet has a team of contributors that produce high quality content across a range of subjects related to betting and crypto.

Enjoy Our Most Loved Bitcoin Slots Series At The Cloudbet Casino