NBA Post All-Star break: how will the season play out?

As the NBA advances post All Star break, we take a look at best of the season so far to find out where the bitcoin betting value is. 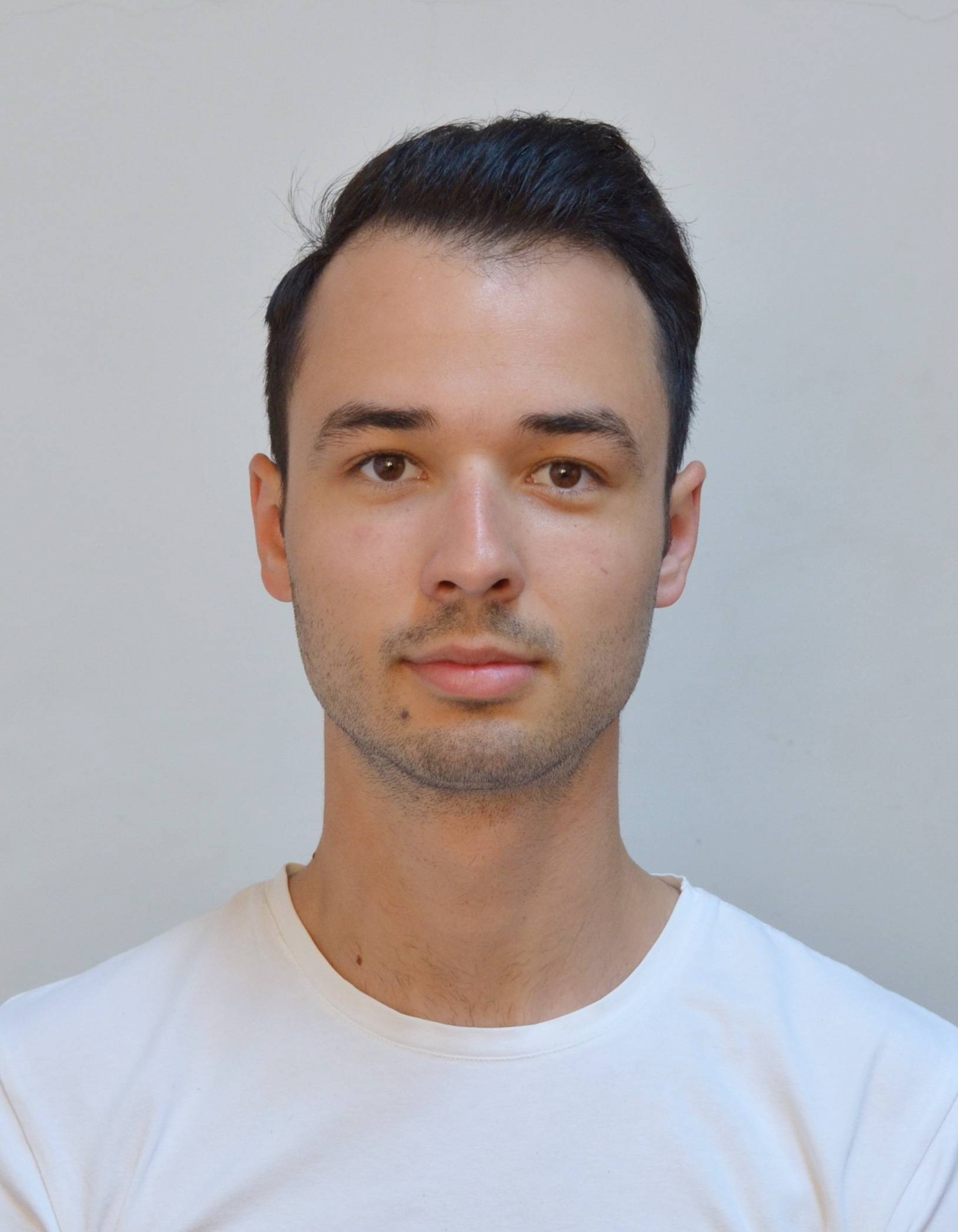 It just keeps getting better. That would be the sentence which would perfectly describe the current NBA season and this year is no different, with plenty of value for bitcoin betting to be unearthed. This season has already shown us unforgettable moments, spectacular games and finishes, great individual battles, broken records, all on the way to see which team will stand last as the champions.

From Golden State’s struggles and locker-room issues amongst players to them playing arguably the best team-basketball again. The Lakers, from shining under LeBron to him getting injured and sparking rumors of getting Anthony Davis, to having their players lose focus and become divided by trade talks.

The Bucks and The Greek Freak’s freakish ascension amongst the NBA’s best, Harden record-breaking season leading the Rockets back to title talks, Boston’s struggles in spite of its excellent roster, crazy trades and plays, this season has had its fair share of drama - and we are just at the All Star Break.

Let’s take a look at some of the best value from the non-stop NBA action.

Seen by many as being the team to beat in the East at the beginning of the season, things could not have been further from the truth for the Boston Celtics. The depth of Boston’s roster which was seen at first as being the type of problem every coach in the NBA would like to have is proving to be a real challenge for Brad Stevens to handle as his team has already lost 18 games well before the All-Star break.

The main reasons behind Boston struggles lies within trying to integrate Gordon Hayward back in the rotation, who after singing a max contract with the Celtics last year, injured himself on opening night and missed all of last season. After starting him for the first few games of the season, Stevens decided to bring Gordon off the bench and allow him time to regain the confidence in himself and him legs.

The return of Gordon Hayward however affected Boston’s Jayson Tatum and Jalen Brown, who both had a terrific last season, seeing plenty of playing time last year due to Boston’s injury problems. This season however both player’s numbers have dropped down slightly compared to last year as they have been getting fewer opportunities with Hayward being back, this causing frustrations amongst Boston’s players.

As we just passed the halfway mark of the season, the Celtics are currently fifth in the Eastern Conference Rankings trailing the first spot Bucks by six games and the Sixers by one and a half. After more than 42 games played and a few team and players only meetings along the way Boston’s chances of making the Finals or even the Conference Finals are looking slimmer by the day. This may as well cause GM Danny Ainge to start looking into possibly making some roster changes with the deadline slowly approaching and as previously shown by him (Isaiah Thomas’s trade) he is willing to trade anyone if this works in the team’s interest.

Overall Boston has the tools needed to go all the way to the NBA Finals, however getting there will prove to be a test both for the players, as they try to let their individual desire to be great for the sake of the team’s success, the coach, who will try and distribute the minutes as well as he can in order to maintain a high team chemistry, and finally Danny Ainge who needs to decide if patience is the way to proceed or a roster change is needed.

After last year playoff second round elimination to Boston, the Sixers have gone all in this year by acquiring Jimmy Butler and Tobias Harris. Although they have given up strong bench players, Philly’s current starting five includes All Stars Ben Simmons and Joel Embiid, both of which are playing at a very high level this year, paired with the likes of Butler, Harris and JJ Reddick, who are all prolific three-point shooters, seem to have given Philly an equal chance if not an advantage against teams like the Raptors, Celtics and the Bucks.

However, this applies only to the starting five as the consequences for the Sixers trades can be felt in the depth of their bench which compared to their playoff run last year is currently lacking. Add that to the fact that Ben Simmons is yet to develop a jump shot, Embiid’s tendency of becoming a perimeter-oriented player in important moments in crucial games rather than of playing with his back to the basket and taking advantage of his size and strength, there are still a few things Philadelphia needs to figure out before shifting from being consider a serious contender for the Finals to being a serious for the title.

We’ve seen it all before. The Atlanta Hawks in the 2014-2015 season coached by Mike Budenholzer climb the ranks to the number one spot in the Easter conference out of nowhere. A very similar situation is developing this year as the Bucks, coached by Budenholzer, currently sit at the top of the Eastern Conference.

The only difference between the two teams coached by Budenholzer is in the freak of nature which the Bucks have playing for them: Giannis Antetokounmpo, a player who is most likely this season’s NBA MVP. Add that to a mix of veterans and very good three point shooters:  Eric Bledsoe, Brook Lopez, Middleton, newly acquired Mirotic and Brogdon and the Bucks have the weapons to make it to the Finals.

Following the Durant-Green incident, it seemed for a while during Curry’s injury that everything is starting to fall apart for the two-time defending champions. Now with a healthy team consisting of a line-up full of All Stars, after Cousins return from injury, with Iguoadala and Livingston still being productive and being coached by Steve Kerr there isn’t much to be said about the Warriors. Only it is their title to be lost. Again.

A season worth of Hollywood is what the Lakers fans have had until now this year. From the joy of having LeBron James come to LA to play for the Lakers and the team looking really promising as they climbed as high as third in the Western Conference rankings to the horror of LeBron getting injured and the team dropping to ninth spot. Followed by a brief two-week span of hoping to acquire Anthony Davis to failing to do so and having the team distracted with trade rumors and losing focus. But now the trade deadline has passed, and the team remains the same.

LeBron is back from injury and after eight straight Finals appearances he’s surely not even thinking about missing the Playoffs. The trade rumors are gone now which ensures a feeling of comfort among the Lakers young player Kuzma, Ingram, Hart and Lonzo who can all focus now on improving their game as the playoffs close in.

The only questions is can the Lakers fight their way through the fifth hardest schedule remaining in the NBA after the All Star break, according to NBA analysts, and avoid a first round match-up with Golden State in order of keeping their hopes of advancing in the playoffs of a staked Western Conference?

In spite of a season filled again with record breaking performances, the MVP race is currently as we speak a two-men race in the NBA between James Harden and Giannis Antetokounmpo.

Harden is having a lead regarding his personal stats (36.6 points, 6.7 rebounds and 7.8 assists per game) after a ridiculous season in which we played most of it without Chris Paul and Eric Gordon (the second and third best players on the Rockets roster) and having what can only be described as one of the craziest months an NBA player ever had in terms of his play in December, where he had more games in which he scored over 40 points than the ones he which he scored under 30 points. In spite of all this, his play which involves constantly looking for faults and going to the free throw lines as well as his isolation style of play this season has made many journalists around the NBA doubt that he will win the MVP award for a second time in a row this year.

And then there is Giannis. Many have said they have not seen a player who can dominate using his body so much since the days of Shaquille O’Neal. Giannis who is currently averaging 27 points, 12.5 rebounds and 5.8 assists has led the Bucks to currently having the best record in the NBA and playing a dominant brand of basketball which has everyone fearing them in the playoffs. As Giannis might currently have a lead on Harden in the MVP left there are still plenty of games after the All Star break to determine this year’s most valuable player.

Bet on the NBA

NBAbasketballbitcoin sports betting
About the Author

Andrei hails from from a small city in the middle of Transylvania, Romania. He's been living in the UK for the past 4 years. He is passionate about a variety of different sports, in particular basketball - whether watching, playing, or writing about it.